The future is here.

Between 2017 and 2030, an estimated $1.5 to $6 trillion in charitable gifts will be designated to nonprofits in the U.S. In other words, retiree support will account for half of all giving by 2025.

While there’s certainly a greater societal sensitivity to the vital work of nonprofits—and many who support that work across all generations—this future outpouring springs mainly from two groups of folks ready to put their nest-egg dollars where their hearts are. They are your grandparents, parents, neighbors, community friends. They are the silent generation, or matures, and baby boomers.

Do you know who they are, what they value and the “why” behind their collective philanthropic outlook? Based mainly on the new NMI Healthy Aging Database Study, sponsored in part by The Stelter Company, here’s a broad overview to jog your thinking from their perspective.

Remember: They were raised during the tough, uncertain economic times of the Great Depression and had two major world wars stacked on either side of their childhood. They grew up alongside America’s rise from the rubble of World War II and entered into the country’s economic prosperity as workers a decade later.

As young adults during the McCarthy Era, many in this generation felt it was too dangerous to speak out. Time magazine coined the term “Silent Generation” in 1951 and the term has remained ever since.

Remember: Living in good times, baby boomers were the recipients of the 1950’s economic and cultural boom, often reaping the benefits of abundant levels of food, clothing, housing and “toys.” Consumerism grew as did their desires for success; and they were willing to work hard to achieve. Socially, they challenged or sought to redefine traditional values.

After World War II, from 1945 to 1961, more than 65 million children were born in the U.S. According to the Oxford English Dictionary, the first recorded use of “baby boomer” is from a 1970 article in The Washington Post.

Differences in gifting priorities certainly exist between the two generations, but one significant commonality speaks volumes about their shared philanthropic leanings. Ninety percent of both generations say they donated money to a nonprofit between August 2016 and August 2017.

Tie that to the fact that boomers currently control 80 percent of the financial wealth in the U.S. and comprise 50 percent—half!—of all individual philanthropic giving.  They can give, and they will. The question is: Will they chose to support your mission—or someone else’s?

Understanding how they give yields greater connection

Obviously, both generations attach similar importance to philanthropic giving, and they also volunteer for the nonprofits they support at the same rate. Interestingly, to get on board with a charity before ever making a gift, one-third of both matures and baby boomers conduct online research on their charities of choice beforehand. 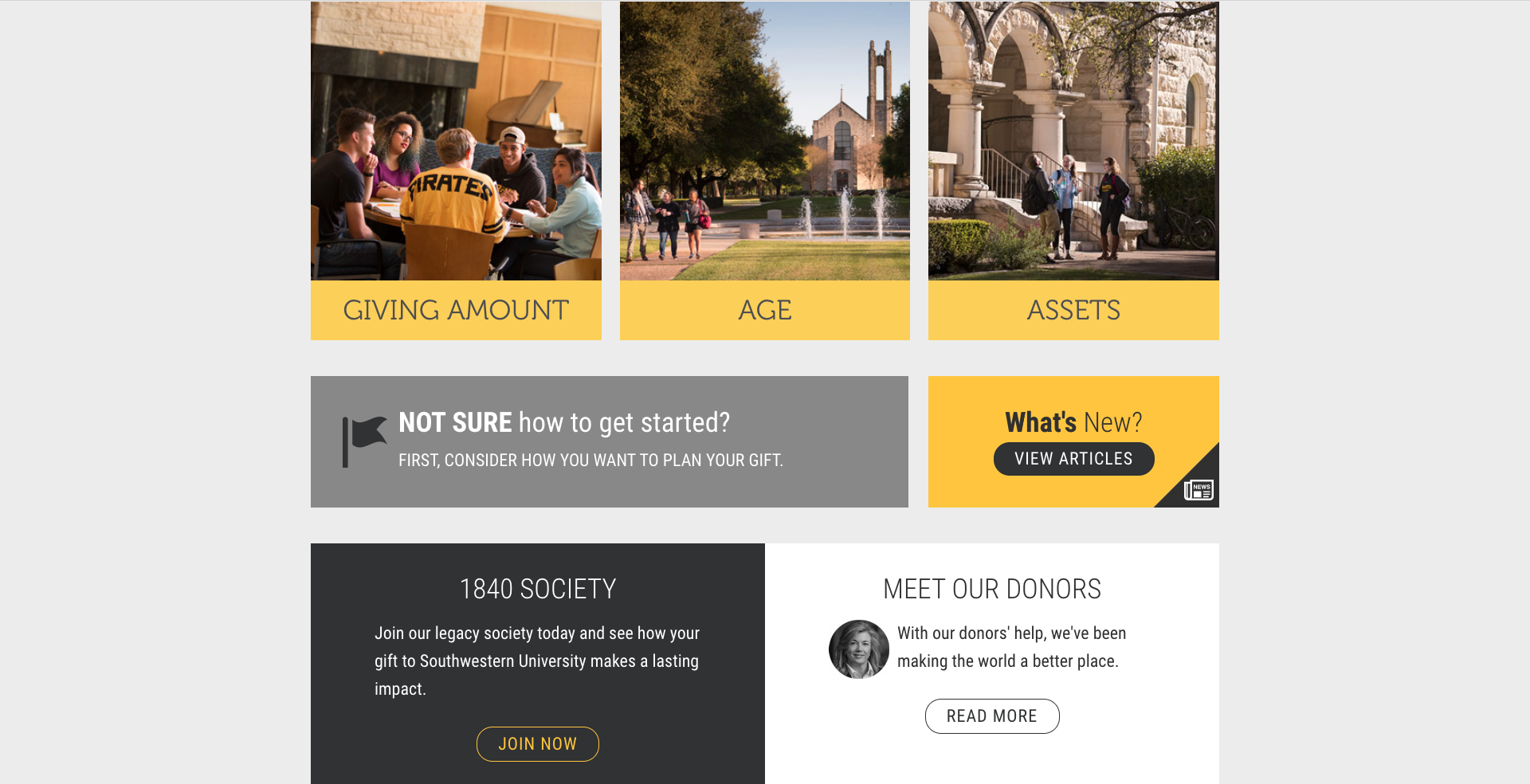 Realizing there are differences enables you to hone your approach

HOW TO USE YOUR GIVING TOOLS TO SPEAK THEIR LANGUAGE

There’s more where this came from. Check out a recent presentation by Stelter’s Data Insights Manager Cheryl Sturm and me on “Matures to Boomers: What Planned Giving Professionals Need to Know”. You’ll gain deeper insight into this group’s state of philanthropy and giving preferences like:

3 thoughts on “Matures to Boomers: Who You Need to Reach Now and How”