In mid-May, we released our Planned Giving Pulse Survey #2, which captured — among other gems — PG officer’s accounts of their most successful ways of engaging with donors in recent weeks. One of our favorites is a classic tale of making lemonade out of lemons.

In the sobering, early days of the pandemic, California was among the first states to brace for the worst—mustering supplies, canceling elective surgeries and shuttering its economy. At Loma Linda University Health in Loma Linda, the response included two-week furloughs for the 140-member advancement staff as a way to cut costs and keep all but essential, frontline employees out of harm’s way.

Biding time from their living rooms, Director of Planned Giving Todd Mekelburg and his three staff conferred by phone. “We were all at home and talking about what to do when we come back,” Todd remembers. “I said, ‘I can’t believe this, but we have this CGA mailing dropping the first of April. Let’s build a call campaign around that.’”

Normally, the team would respond reactively to leads generated by a planned giving mailing. Not this time. Of the 3,500 recipients targeted in the mailing, about 25% were people already assigned to development officer portfolios. Todd armed the major gift officers with a script and training on how to incorporate the planned giving conversation into calls with the assigned donors who would receive the mailing.

Then, he and his three colleagues divided the remaining names among themselves and prioritized the list based on the age of the recipients. Over the course of the next month, the team connected by phone with approximately 350 people on the list. About 10% of those calls developed into extended conversations—the results of which were wholly unexpected.

“We looked at this mailing as so providential,” Todd says. “We planned it in January. We went on furlough for two weeks in March. The mailing dropped on Friday, April 3 and we came back to work on Monday, April 6.”

The ensuing call campaign unearthed multiple surprises: A donor who intends to complete a charitable remainder trust for $750,000; another who is now pursuing a $250,000 CRT. The team also discovered existing gifts of which they were not previously aware, including two revocable trusts valued at $1.5 million and $350,000 respectively.

The results were so spectacular, they inspired a second effort. The next project involves sending letters to 15 select donors per week (45 total) with an invitation to make use of the resources available through the University’s trust department. Those letters will be followed up with an email and then a phone call to determine a person’s interest in a planned giving conversation.

In the spirit of cooperation and support, Todd and team intend to extend a message of “We’ve got resources, we would love to help you.”

And to that I say, good luck, my friend! 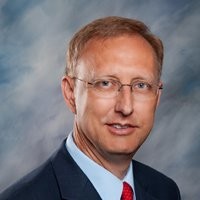